my vps using debian 10. I cant install CP. how to fix it?

Cyberpanel so far not support Debian 10. please fix it

@muttahir We now hit Mar 2021… If using buster-backports tree (with optionally some packages from testing tree).

What does your current testing imply in regards to Debian 10/Buster support for the CyberPanel self-hosted edition?

save and run with ./cyberpanel.sh $@

Hi Everyone
What the Awful support is for cyberpanel …

But it gives me this error :

If you don’t have direct access to root user, please run sudo su - command (do NOT miss the - at end or it will fail) and then run installation command again.

I asked about the error but did not received any help

Hi I don't what should I do to install cyberpanel in my ubuntu environment ...

Would some one please help me to install this panel or I have to left and try other solution?

I tried this, and it’s a bit more complicated but here goes…

Note, there are some features that aren’t going to work, and I haven’t tested extensively all the features but I was able to create one click wordpress installs (the main thing I needed). Also, phpmyadmin won’t work either, but there is a work around.

now you can add Debian to this line so it looks like:

Don’t run it just yet as you are going to run into problems. 1st one is that it is going to give an error saying something like “Unable to locate package libmariadbclient-dev”. To fix this, you need to install it from the MariaDB depository. Follow the accepted answer there to get the package: 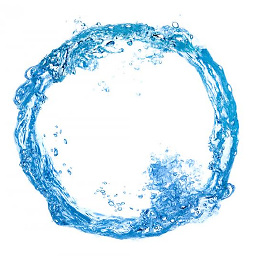 Later in the install you will get another error saying something like “can’t find linux release cent-os”. This is because the install.py file says that if there is no ‘lsb-release’ file, then use ‘os-release’ but that sets the distro as centos. So you will need to create a ‘lsb-release’ file to get it to think it is an ubuntu install.

then paste into lsb-release:

(or if you have the details for a newer release, use that)

Now try running the script with:

This should get you through the install, however phpmyadmin won’t work with SSO (or at all really). To fix it:

Download and install the latest version somewhere in the litespeed folder, for example:

Then change owner and permissions:

Also note that you need “open_basedir” disabled for this to work.

In any case, it’s all quite hacky and I def. do not recommend this for any production work. I also had CSF preinstalled, so I didn’t try the install feature nor the modsecurity. However, it does get it going and if you really want to try it on a Debian system, it will work.

And for sure BACKUP everything before doing anything because it will very likely mess up something and you won’t know it until later.