Large Docker folder on server ... is it needed?

Hi there,
Whilst analysing where all the disk space is going on a server, i noticed there’s a relatively large folder at /var/lib/docker. It’s around 1.6 GB. 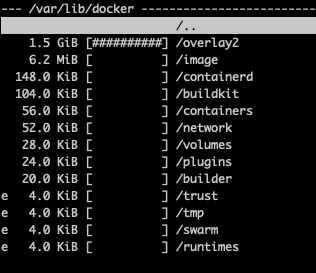 We don’t use Docker on Cyperpanel. If I attempt to access Docker menus in Cyber, it tells me Docker is not installed.

Can someone tell me if this /var/lib/docket is needed and, if so, what it’s for?
Can it be deleted?

If you don’t have docker installed there should not even be that file. Have you ever installed and removed docker?
Just take backup of those files and remove them and see if anything breaks…