WordPress 5.7 is coming. According to the timeline, 5.7 will be released in March 2021. An updated version of jQuery is one of the major things in 5.7. There will be some interesting changes in Gutenberg, overall speed improvements, bug fixes and much more.

In this article, I am going to state some changes and tweaks which are expected in the coming version of WordPress.

Read the complete article to learn what is coming and weather you are ready to update your site or not, because the updated version of jQuery may break your site (one such example of is mentioned here). 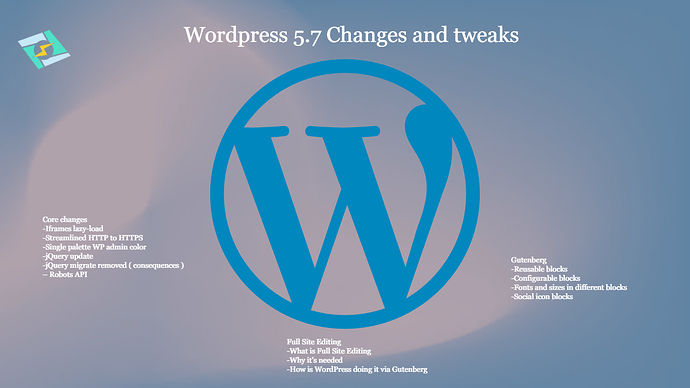 In the coming version of WordPress (v5.7), they are going to add the Full Site Editing feature.

What is Full Site Editing? Why is WordPress is adding it? What is the use of it? Why we need it? In this article, I will try to give you the answers to all of these questions and try to describe these things so they are understandable for you.

What is Full Site Editing?

When you hear Full Site Editing, the first thing that comes to your mind is Page Builders or Wix, and how as a blogger/agency owner this may change your life.

WordPress was originally created for blogging and thus it came with Classic Editor. However, with the inception of Page Builders and WooCommerce there is literally nothing that can’t be built with WordPress. Full Site Editing means you can not only edit the content (which was earlier the case using Classic Editor) but all of the other parts as well, like footer, header, sidebar, etc.

For example, if you are running your site on WordPress CMS, you will use themes for the design/visual appearance of your site. And you can bundle it with plugins to extend the core functionality of your WordPress (such as WooCommerce, to convert WordPress into a full-fledged E-commerce site).

But now WordPress is going to move one step forward by introducing Full Site Editing. Now you can do all of these things by using the Full Site Editing feature within WordPress. It will be helpful for beginners and you will have less bloat on your WordPress installation as you need not install additional plugins.

Why is it Needed?

Right now, most web developers/designers use page builders like Elementor, Divi, etc to build and design WordPress sites. But Full Site Editing can change that. The change is not going to be instant, as there is a huge user base attached to page builders.

That is why FSE is important and needed, to improve the overall user experience and make WordPress websites faster. Usually, WordPress sites built with page builders are bloated and slow, if not designed with care (which is mostly the case).

The need for a full site editing feature is simply that you do not have to add a lot of plugins on your website when you can do the same thing with FSE.

How is WordPress doing it via Gutenberg?

As the heading says, WordPress is going to achieve Full Site Editing via the Gutenberg block editor, which was introduced in WordPress back in 2018.

Now Gutenburg in the new version of WordPress is not only used for content writing and editing but it will also have a lot of additional features. For example, you can create a header, footer, page layouts, archive layout, etc. directly from Gutenberg.

WordPress in its new version is also going to make a lot of changes to WordPress core. Some of the core changes that are expected in the new version are mentioned below.

What is Iframes Lazy Load? Iframes lazy load means the Iframe loads only when the user scrolls and comes near to that specific Iframe. These lazy loading techniques are used for images and iframe elements. These hacks help to improve the speed and loading time of your website.

Now in the coming WordPress 5.7 version, WordPress is going to add this change so it improves the speed and performance of WordPress sites.

Converting WordPress sites from HTTP to HTTPS always created issues for end-users. Earlier users had to replace URLs in the database but this is now automated when a site is configured on HTTPS.

For an experienced sys-admin, it might not be a big thing but for a normal end-user, it can be a big relief. 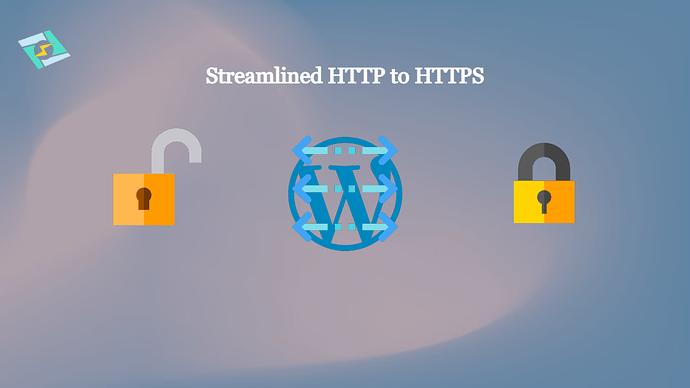 This thing adds a new look to your dashboard and makes it simple.

One of the major and most important things in WordPress 5.7 is the jQuery update. WordPress is going to update jQuery in their next version and they are going to take a big jump from jQuery v1.12.4 to v3.5.1.

WordPress 5.6 shipped with a newer jQuery, however the fallback and deprecated functions were maintained. That won’t be the case after this. This a very important in terms of speed and security. But along with the benefits, there are also some drawbacks that are waiting for you if you do not pay attention. For example, some of your plugins/themes that are dependent on older jQuery may create issues.

Besides the benefits, there are also some consequences you have to take care of before the new jQuery version.

As we all know, a lot of themes and plugins are using the old version of jQuery because it is compatible with this version. But in the new version, the updated version of jQuery is coming, and updating your CMS to the latest WordPress version may break your site.

So make sure that your plugins/themes have updated their code and added support for the new version of jQuery before you upgrade your site.

Now the new version of WordPress is also going to improve itself in the search. Using the new Robots API you can add filter directives in the robot’s meta tag. Using this you can also add image meta too, and that helps you to add your images into the search engine result.

Reusable blocks are further improved and refined and they are now saved with the posts.

Block variations give you kind of a template to start with. For example, you can start a block with 1,2,3 or more columns rather then changing them later.

Fonts and sizes in different blocks

Now with all these customizations, you can also change the font and sizes in different blocks.

On your block, you can also change the social media icons in the new version of WordPress.

There are further minor enhancements to blocks as well. This is a big change for WordPress in terms of Gutenberg adoption, as people are still hesitant. Let’s see how it goes in the future. Want to try WordPress? Deploy a WordPress site using our WordPress Manager with a few clicks.